These creative Covid wedding solutions are inspired by my amazing 2020 wedding couples who managed to pull off the weddings of their dreams amidst a pandemic! Thank you to everyone who made these amazing days possible! 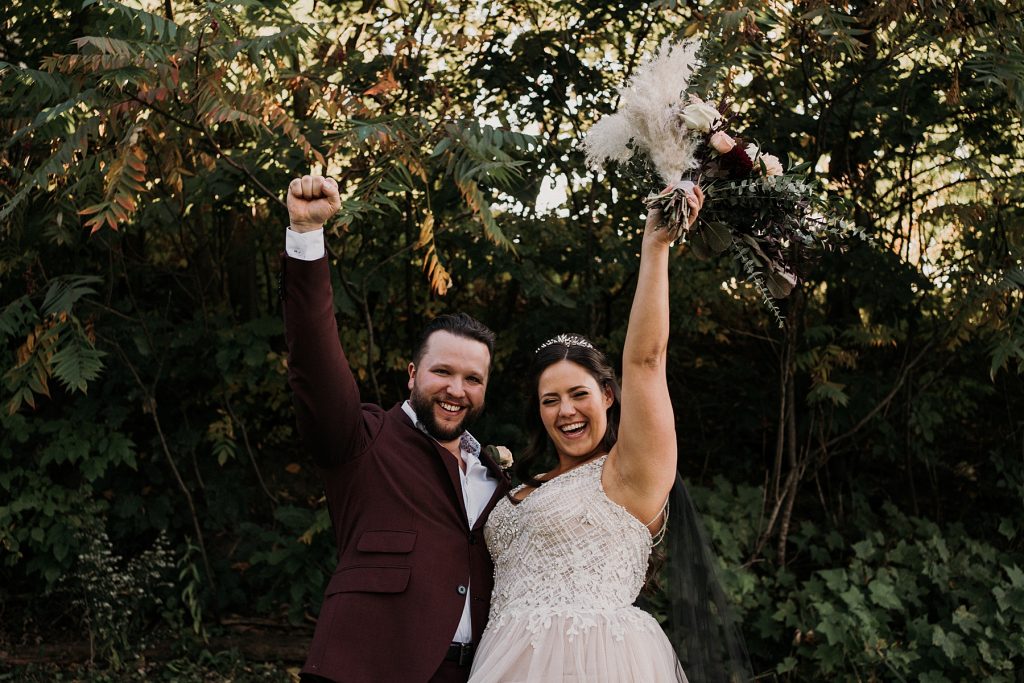 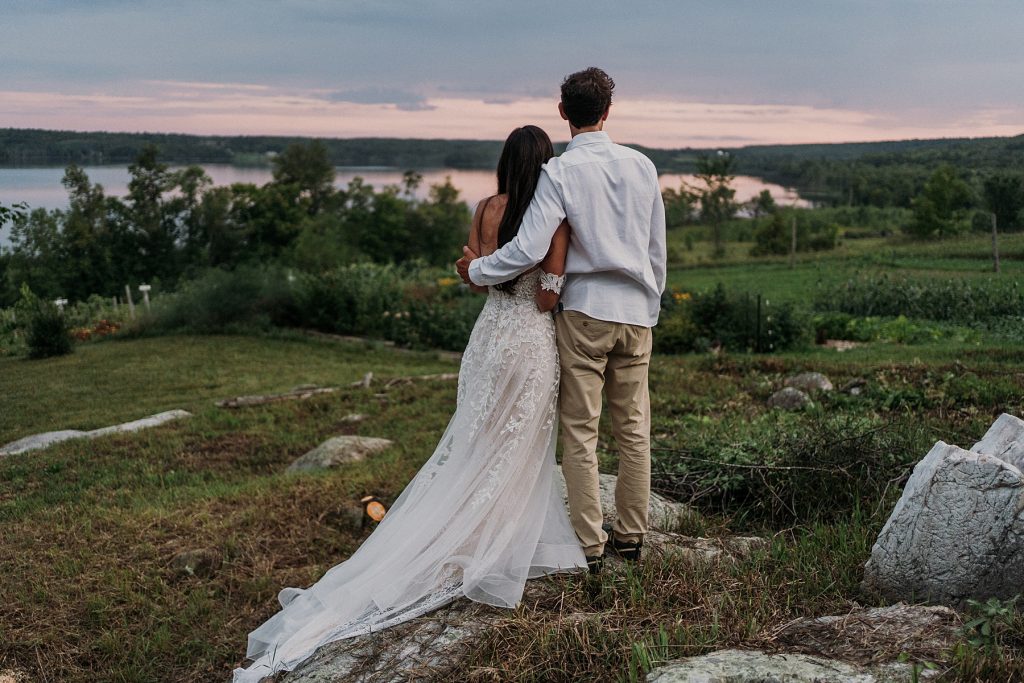 Trying to plan a wedding is stressful enough. Not to mention – trying to plan a wedding during a pandemic! 2020 was a year that tested us all (and couples getting married were no exception). But through all the tough times, there were so many amazing moments too. There were many couples that were able to pull off the wedding of their dreams despite a global pandemic kiboshing their original plans. And I’m so excited to share all of my favourite creative Covid wedding solutions with you! I hope that you can use this article as a source of inspiration in knowing that weddings can, in fact, happen (safely) during a pandemic. Here are some innovative ways to do that: 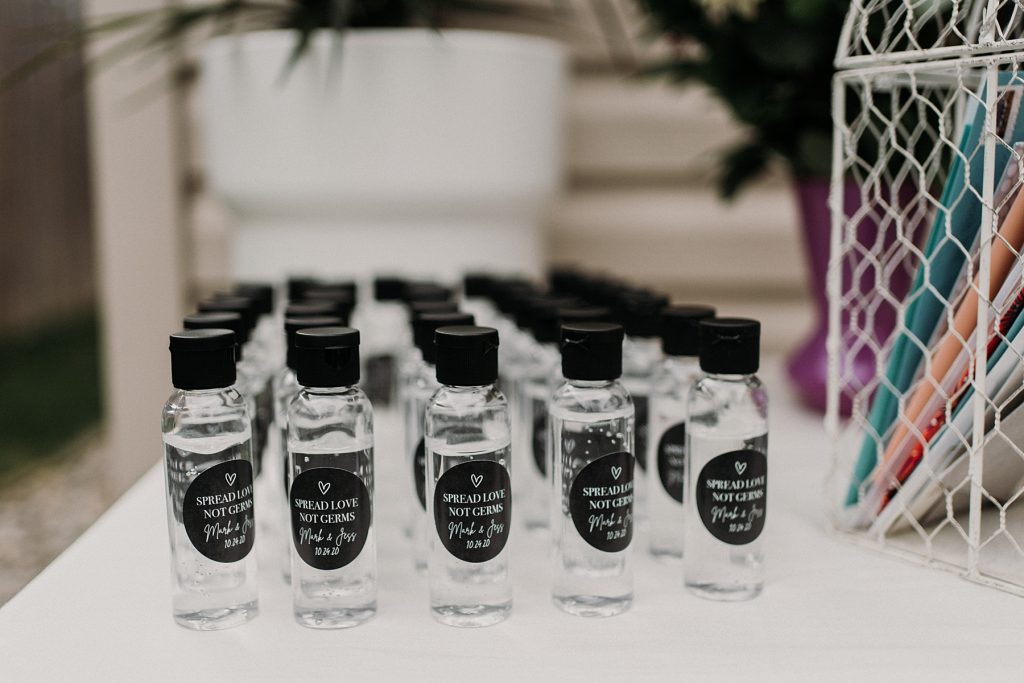 1. Give personalized face masks and hand sanitizer as wedding favours

Want to make sure your guests follow restrictions and keep everyone safe? Hand sanitizer and face masks are a perfect solution. I saw so many couples personalize these details to fit their day: either with their initials embroidered on their masks, or custom labels with their wedding date, or a cute message for all of their loved ones!

2. Hire a comedian to entertain guests after dinner

This is especially key if you’re not able to have a dance floor! Having a comedian present is a great way to get people laughing and keep the mood light. The comedians I saw perform at weddings were so incredible and truly made the evening memorable. And the cherry on top: by hiring a comedian, you’re supporting a local artist! It’s a win-win. 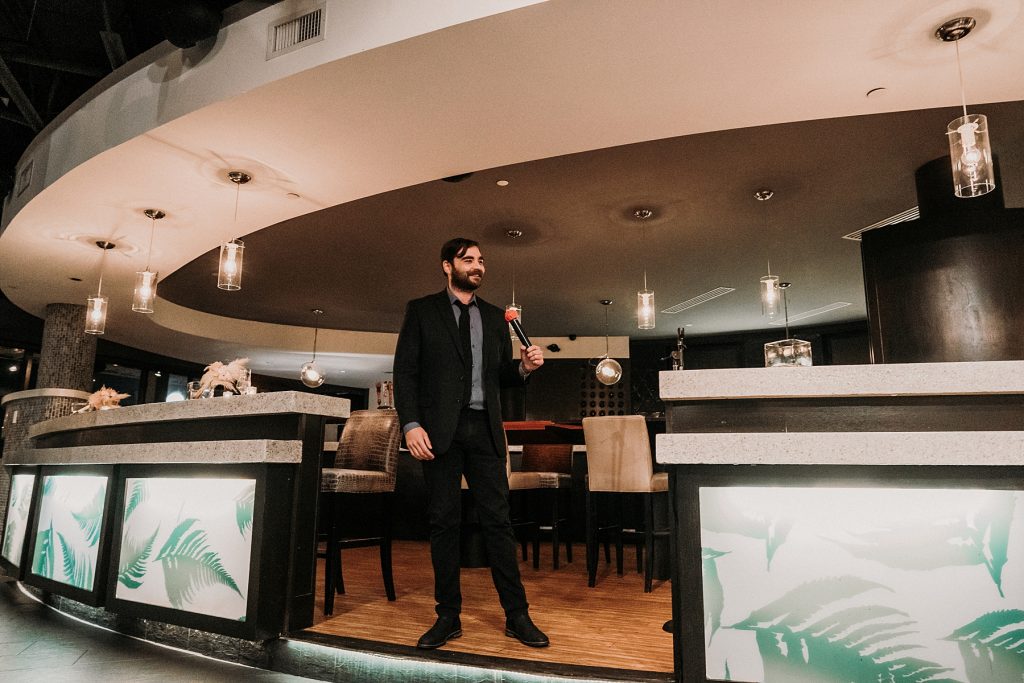 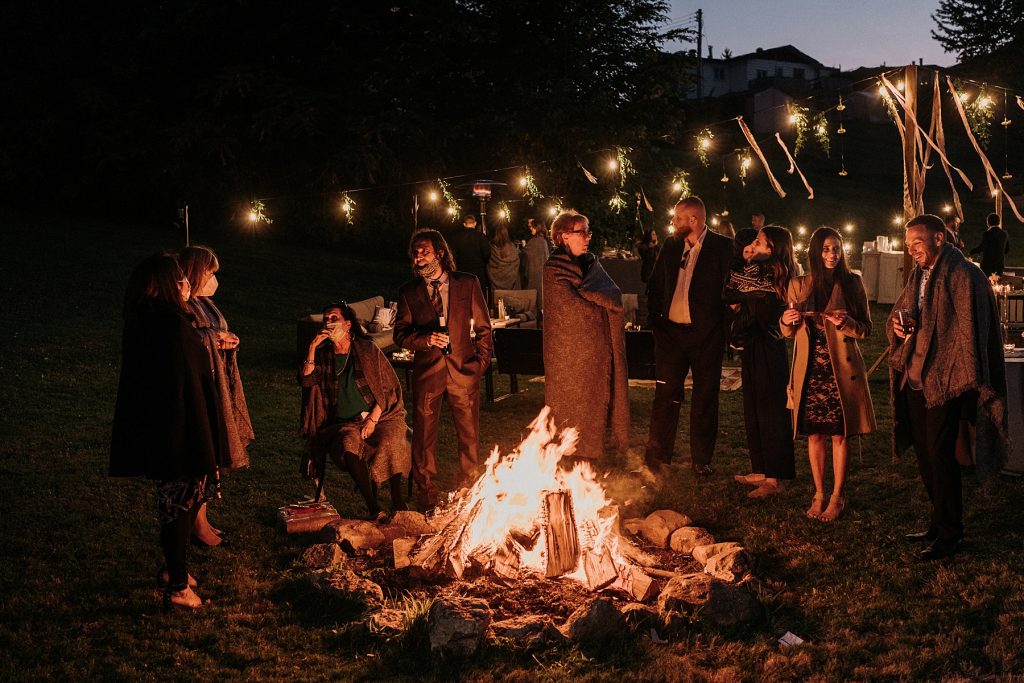 Another amazing alternative to a dance floor if restrictions do not allow you to have people dancing indoors! Having an outdoor evening bonfire is a great way to keep things social (but distant and safe), and create a meaningful experience for your guests.

Pro tip: if you don’t like wedding cake, have a smores station instead!

4. Bubble with your besties to keep everyone safe (and still hug!)

If you can’t imagine your wedding day without hugging your favourite people, why not bubble with them? This will obviously have to be agreed upon in advance, and everyone should be on the same page about how to do this safely. Also, it’s crucial to set rules to ensure a true “bubble” exists. But this could be a great solution to getting those wedding party photos (or family photos) with your closest people while staying safe! 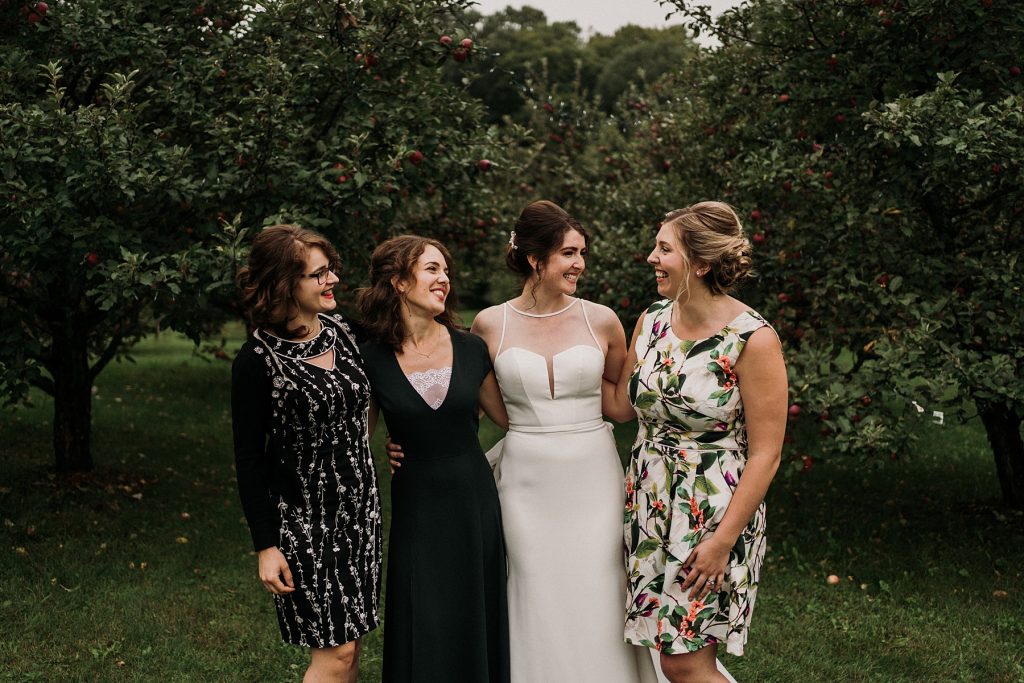 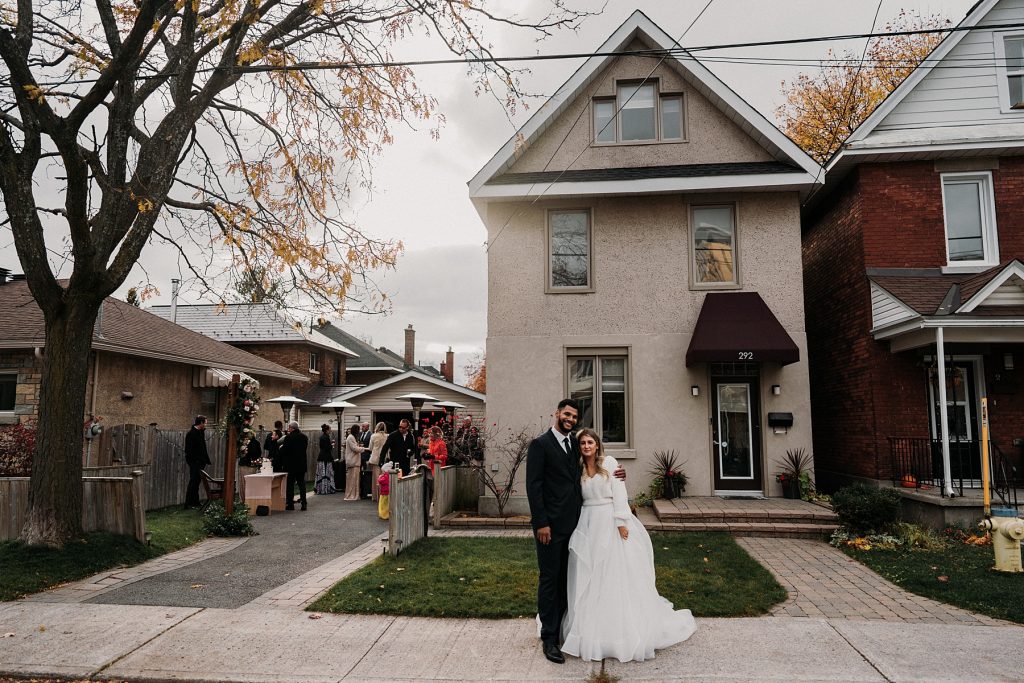 5. Have a backyard wedding

If the thought of a large wedding overwhelms you, ditch the venue, scrap the giant guest list and host an intimate wedding in your very own backyard! This is a great way to keep everything outdoors, safe, and distant, while still creating meaningful memories in your very own home! And another perk: you don’t need to arrange a ride to get home after your big day – you’ll already be there!

6. Skip the receiving line and have a wedding drive-by instead

This pairs well with having a backyard wedding, but you can also do this at a venue. Arrange to have all of your would-be wedding guests drive past you (or your house/venue) after your ceremony to give their well-wishes. This is an amazing solution for those still wanting to include people in their big day. 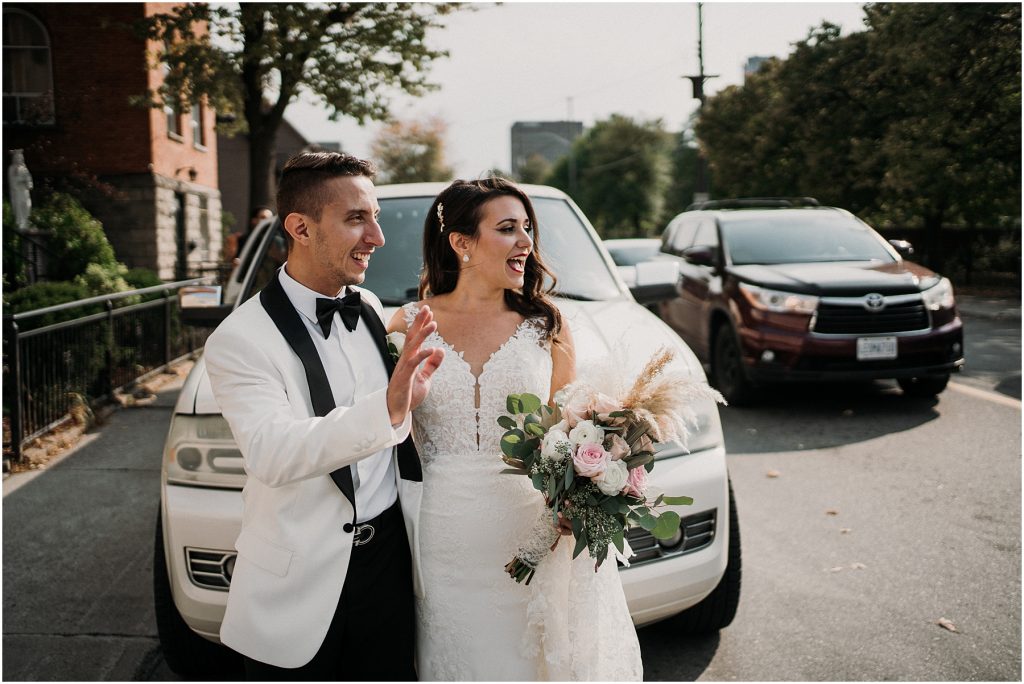 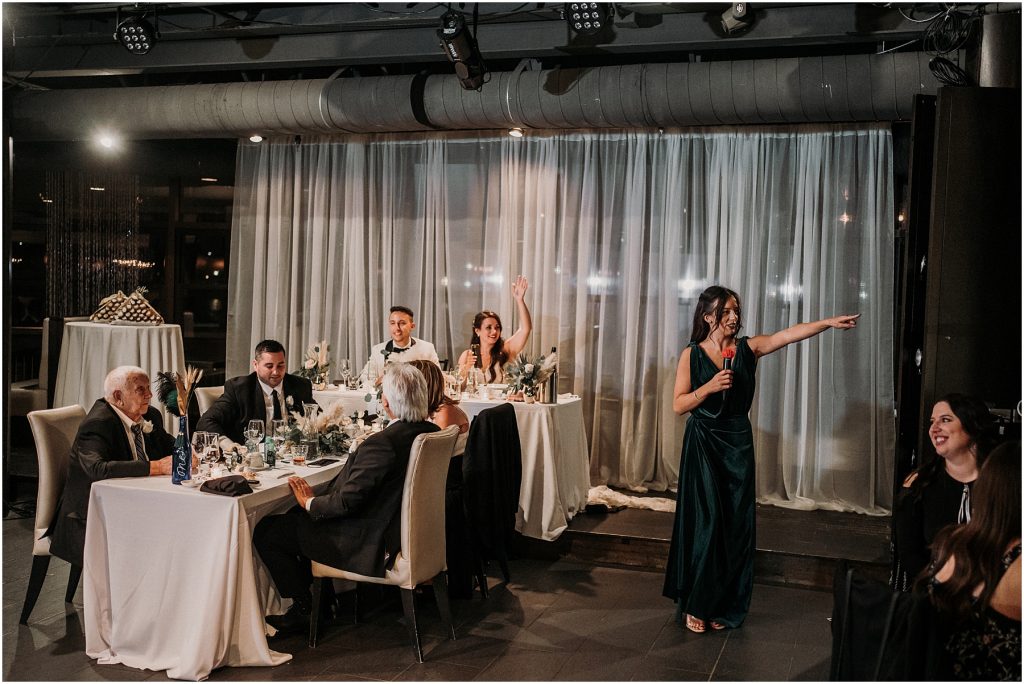 7. Arrange a quiz/game for your guests

Within past restrictions, guests were required to stay at their tables after dinner. So if you can’t have an epic dance party, why not host a quiz (or some type of competition)? Have your MC host this, asking questions and having tables call out the answers. You can also give away prizes to keep the evening fun and exciting! It’s a great way to keep everyone entertained while remaining seated at their tables.

8. Elope now and have a giant party later (when it’s safe)

And I don’t mean “elope” in the traditional sense. Instead of running away in secret to get married, many couples are now including their closest friends and family in their ceremonies. It’s a great way to marry the love of your life, prove that #loveisntcancelled, and throw a giant party later once it’s safe to do so!

(psssst – besides my photography business, I also co-manage an elopement company called Ottawa Elopements. So if you want to elope, let me know and I can help you arrange everything, including a marriage license!) 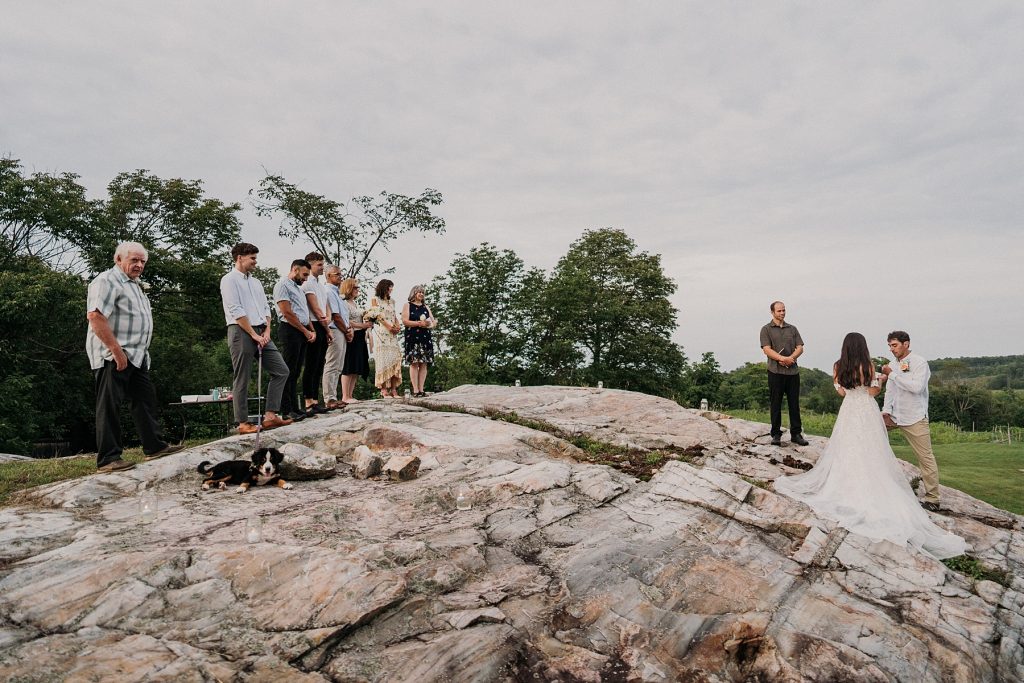 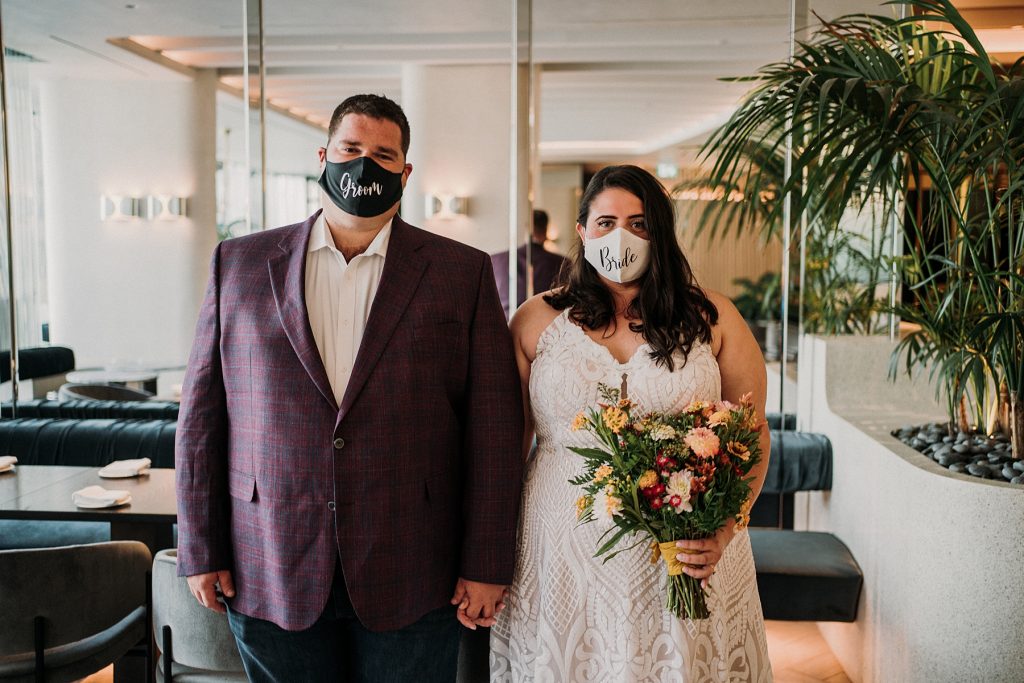 If you are required to wear a mask anyways, might as well make it cute, amirite? Safety and fashion have never intersected quite so gracefully.

10. Forego cocktail hour mingling and make the rounds instead

These days, cocktail hours are often restricted (or seated). So finding a way to safely put in face time with all of your guests is awesome. Some couples chose to pay visits to each table, while others chose to do the same while serving dessert (even better)! 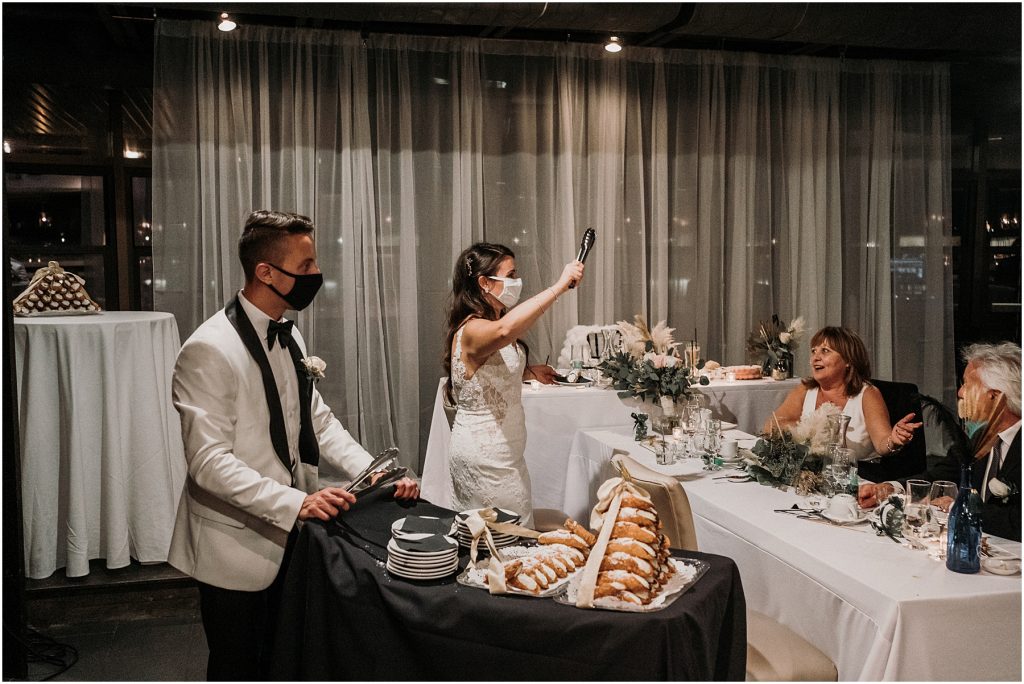 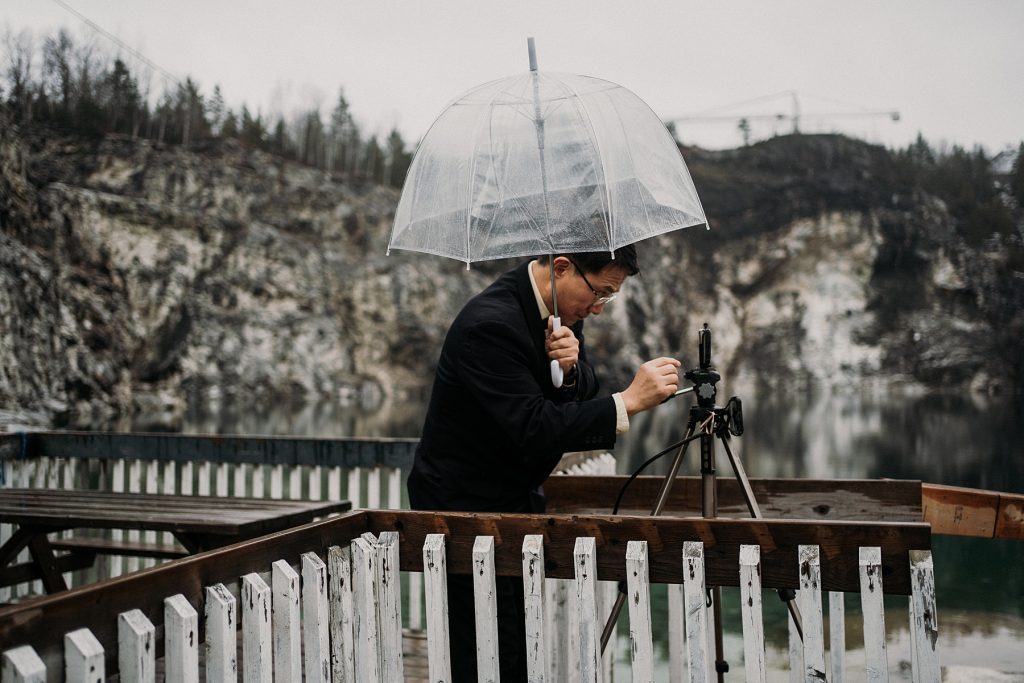 BONUS: Live-stream your wedding to allow your guests to attend (virtually)

Whether you have guests who simply cannot attend your wedding, or restrictions won’t allow them to, there are many ways you can still include them in your day! If a wedding-day-drive-by isn’t possible, see if you can live stream the wedding. Otherwise, coordinating a call during important moments of your wedding day (like your first dance or speeches) is another option that many couples chose!