Jaclyn and Kyle’s Billings Estate Museum Wedding took place on a warm September afternoon. They had shuffled their plans around a number of times due to Covid. This included a change in guest count, plans, and venue. I’m so happy they ended up choosing Billings Estate to get married at, since it created the perfect intimate setting for them.

the story of how they got engaged (IN KYle's words)

“Jaclyn and I had been discussing getting married for a little while. But we had wanted to focus on setting ourselves up a bit before we tried to have a wedding. The summer we got engaged, I just decided that I wanted to make it happen. So I went to a local jewelry shop and asked them if they could make a ring based on the style Jaclyn had previously shown me. Conveniently, the ring ended up being ready the same week Jaclyn had gotten me tickets to Jazz Fest in Ottawa. I brought the ring with me. When we went to Ottawa, and I told Jaclyn I thought it would be nice if we went downtown for dinner before the concerts.

The concerts were to be held at City Hall, so I parked the car a few blocks away in front of our old apartment on Waverley. Then we went for dinner at our old date spot, The Lieutenant’s Pump. After dinner, I told her I wanted to wander down to the Somerset bridge, where we had previously hung a lock on the bridge for our first anniversary. And I wanted to see if we could find our lock. From there, I told her I had heard they had done some renovations to the building the student newspaper we both worked at was housed and that I wanted to go see what had changed.

Luckily, that was all a set up and the building looked exactly as it had when the two of us had worked there. As we stood on the front steps of building where we had first met years ago, I fumbled around a bit. I was building up my nerve before I finally asked her if she would marry me. Spoiler, she said yes.”

“We had talked a lot about getting married and what that might look like for us, because we both feel strongly about how important that is if you’re actually going to make a marriage that works. However, I knew a proposal was coming that summer. This is because of a specific moment when we went camping on Kyle’s birthday that spring. He was staring at me across the fire and had a suspicious sparkle in his eye and just blurted out ‘I’m going to marry you, you know.’ I said ‘I know.’ and from then on I spent weeks wondering when it was coming.

The night we did get engaged, I remember thinking when we stood on Somerset Bridge looking for our lock that this was it. This was the perfect moment. When Kyle suggested we walk to the newspaper, I was so disappointed! I remember telling myself, ‘Don’t be sad! Don’t ruin a great night because you assumed it was going to happen.’ So I let it go. I was determined to just enjoy the evening.

When he did get down on one knee on the front steps of the Fulcrum, I didn’t believe him until I saw the ring. It was the most perfect night I could have imagined, and we laugh-cried while someone screamed WOOHOO unseen from a balcony in the apartments across the street. We celebrated with a drink at La Maison, where we used to sneakily hold hands under the table or make excuses to leave and walk to the bus stop together. And it was the most romantic and fitting proposal I could imagine.” 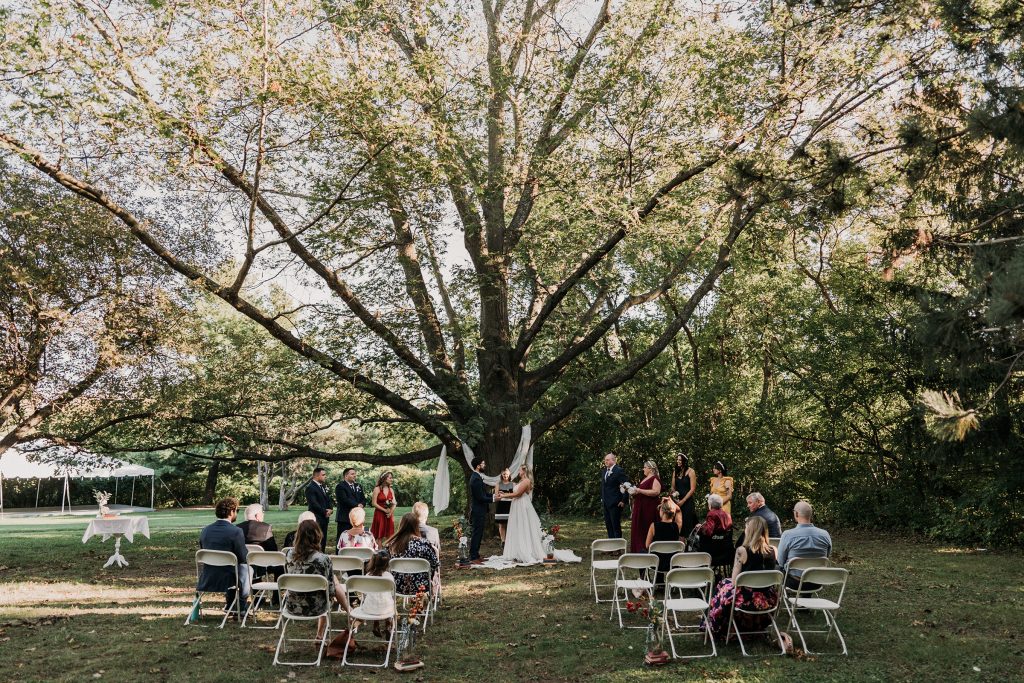 The wedding itself was so incredibly beautiful. With just a handful of their closest people in attendance, they said ‘I do’ and promised each other forever. They recited some of the most heartfelt vows I’ve ever heard. And they left us all in tears. After their ceremony, we whisked off in a limo to revisit some of the places that mean so much to them. We did couples portraits at Somerset Bridge and The Fulcrum. After that, I dropped them off at Lieutenant’s Pump where they had dinner with their guests. All in all, it was the perfect day. I hope you enjoy their gallery!

Last but certainly not least, here’s the full list of local Ottawa vendors who worked hard to bring this day together:

Since you’re here, you may also like these other weddings… 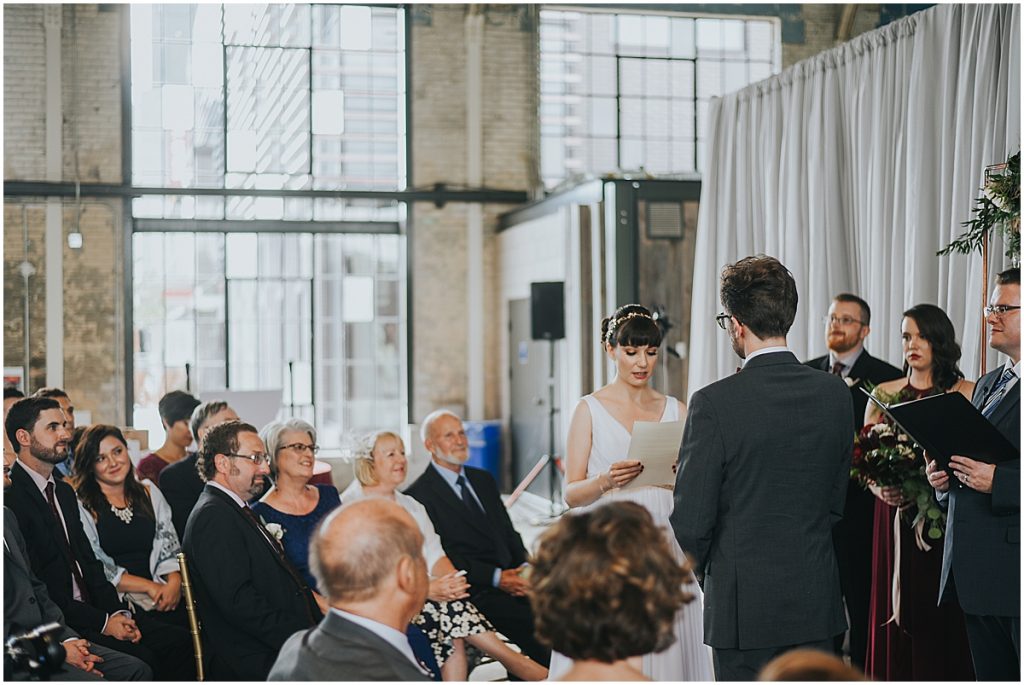 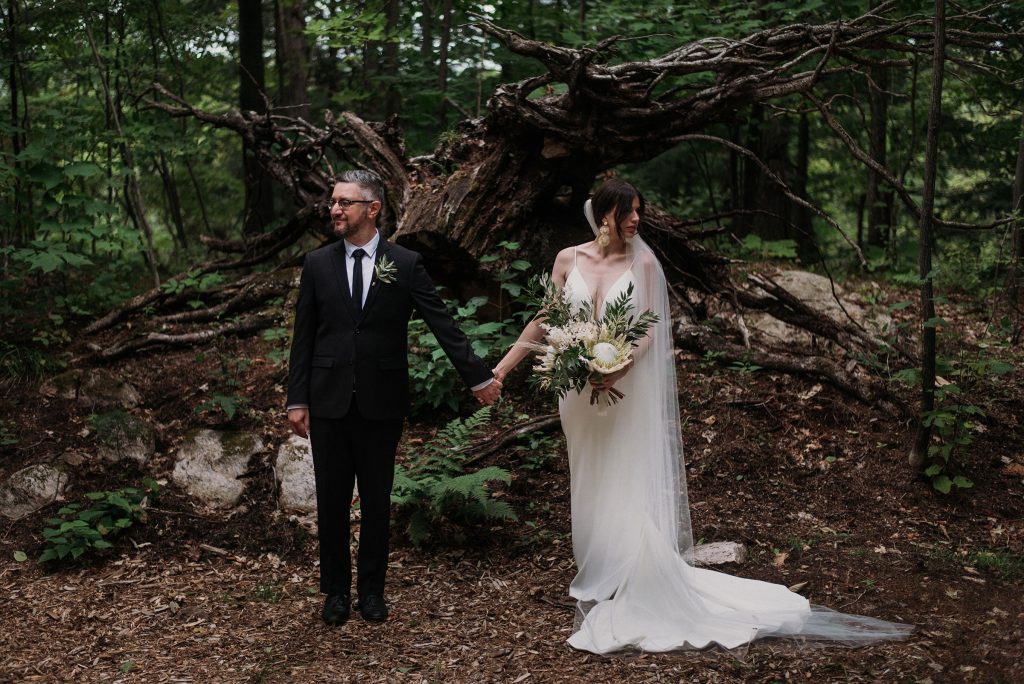 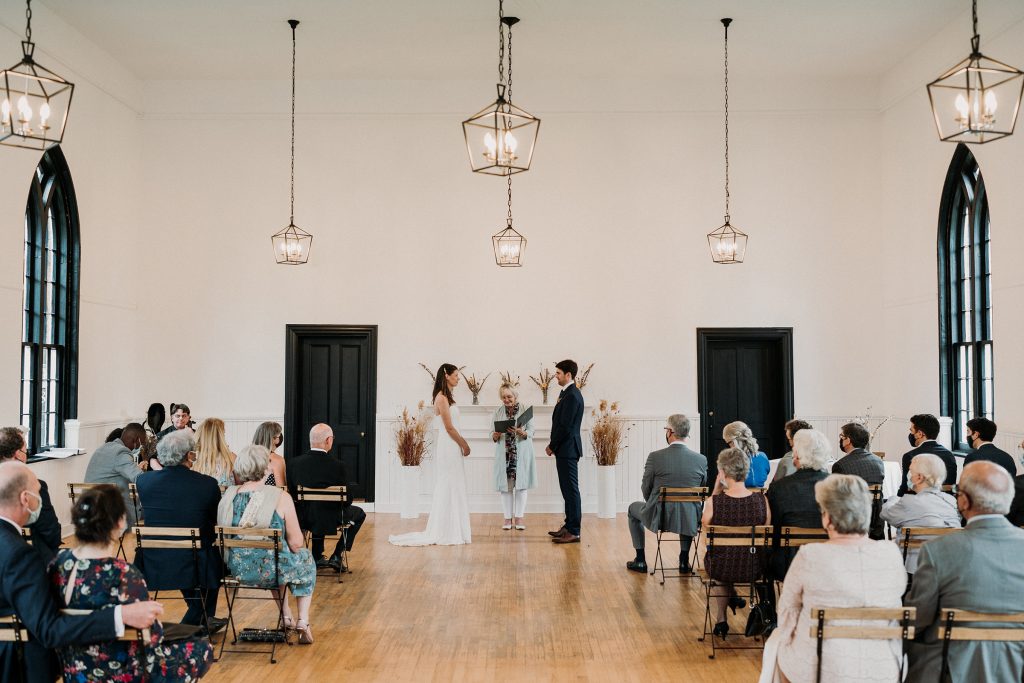 The Knox Wedding in Merrickville